In August of this year the Musical Director and founder of the Callington Singers, Graham Williams, announced that after 37 years  he would be retiring. In October, the choir went on tour to Sicily and Graham conducted the choir for the final time in Palermo Cathedral. It was a very poignant occasion for all of us. Graham has been a huge influence on all our lives and he will be very greatly missed.

Graham’s parting message to the choir was a heartfelt one: “Thank you all for a wonderful 37 years, for your friendship & for the music. Good luck to the Callington Singers in the future and here’s to the next 37 years!”

Graham founded the Callington Singers in 1983, since which time the choir has earned an ever growing reputation as one of the most accomplished community choirs in the South West. The choir was deliberately established with an emphasis on being open to all, in the fundamental belief that beautiful music should be accessible to anyone to experience, whether that be as part of the creation process or as an audience member.

Graham Williams conducting one of the first performances of the Callington Singers in 1984: Trial by Jury in Callington Town Hall

The Callington Singers go on tour regularly and have performed in some very prestigious venues, including but not exclusive to: Westminster Abbey; St Paul’s Cathedral; St George’s Windsor; Portsmouth & Truro Cathedral; Notre Dame; La Madeleine; St Mark’s Cathedral Venice; Berlin Dom; San Pietro in Vincoli. Just after the Berlin Wall fell, the choir sang at Schwerin and were the first British choir after World War Two to do so.

The Callington Singers outside Palermo Cathedral in October this year, following the final performance with Graham Williams as Musical Director.

We are delighted to say that although our founder and Musical Director has retired, it is his dearest wish that the Callington Singers should continue as his legacy. Therefore, from January 2020 the choir will be under the baton of Andrew Wilson. Andrew is no stranger to the choir, as he has accompanied them and acted as guest conductor on a number of occasions in the past. We are very pleased to welcome him as part of the choir family.

From his home in Tavistock, Andrew said, “I love the enthusiasm and richness of sound the Callington Singers always show in their concerts and enjoy the friendly, welcoming atmosphere of their rehearsals. Their dedication to enriching the musical life of the area is something I’ve always admired too. I am delighted and honoured to be appointed Graham Williams’s successor: he will be a very tough act to follow- his inspirational leadership and expertise has built up an enviable reputation for the choir not only in Cornwall but abroad too. However, I intend to continue his mission to bring the joy of choral singing to the choir’s members and their audiences, wherever we might perform and I look forward to working with them and their superb pianist Mark Smith.” 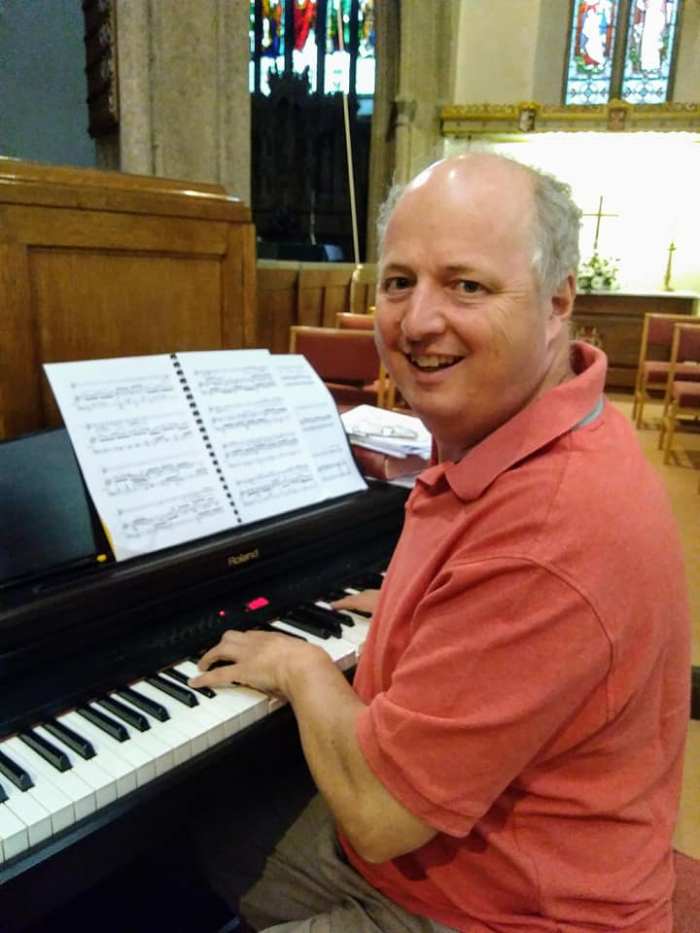 As well as choral conducting, Andrew has enjoyed a successful teaching career: for many years he was the Director of Music of Kelly College and the Kelly Choral Society but now he works mainly as a composer. His music has been published, recorded and broadcast all over the world from New York to Notre Dame Paris, Montreal, Vienna and London’s Royal Albert Hall. He is the Director of Studies of the National College of Music, London and organist of Okehampton Parish Church.

The Callington Singers are actively seeking additional members to take the choir forward into this next stage of our musical journey. If you have ever thought you might like to try singing in a choir, but are unsure of how to start, this is the perfect opportunity for you to join us. There are no auditions and you don’t need to be able to read music. The next concert is planned for the end of April 2020.

The Callington Singers meet on Thursday evenings at 7:30pm in Callington Primary School. Term begins on January 9th 2020. If you would like to come along, simply turn up and introduce yourself, or you can use the contact form on this website to register your interest. You can also find out more about becoming a member of the choir using the membership pages: Callington Singers Membership