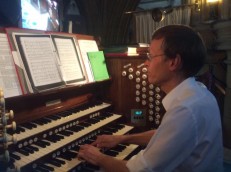 Mark studied piano and organ at Trinity College London and worked as a full time accompanist before moving to Cornwall in 2011. He now works on the technical side of piano manufacture, restoration, repairs and regulation (adjusting the bits inside!) but still very much enjoys playing as much as possible. He has a growing reputation as a local pianist of notable skill and is involved in many musical projects in South East Cornwall and elsewhere. 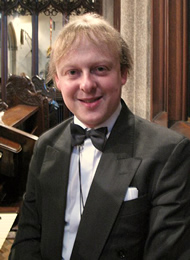 Simon Brett has been the performance accompanist of the Callington Singers following the retirement of Jenny Coombe in 2008, during this time he has worked with them in many cathedrals in the UK as well as in smaller venues in Cornwall and the South West and especially on overseas tours. Since 2011 he has also been the accompanist of Goring Chamber Choir, He is also involved with various other groups and outfits up and down the country in similar roles and has worked with both professionals and amateurs.
He has formerly held posts in Dunblane Cathedral (Church of Scotland) and Newcastle Anglican Cathedral.  As well as choral work he is active as a multi-instrumentalist and session musician, across the UK and abroad, in a wide variety of styles, In more recent years has come to specialise in solo and accompanying work with organ, harpsichord, piano and other keyboard instruments. He has worked and studied alongside several leading and internationally recognized musicians in their fields. 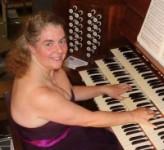 Gabrielle Lewis grew up in Herefordshire, Teesside and Shropshire, and then read music at Reading University, graduating with a BA (Hons) in 1986. Since then she has trained and worked as a teacher of music, in school and privately in addition to other work. She studied the piano from an early age and the organ and flute from teenage years. At present she is organist of St Anne’s Church, Gunnislake and teaches organ, piano, singing and flute privately. Recently she has had a number of performance opportunities, including organ recitals and concert accompaniment locally and around the country.

Jenny is a very well respected musician and has and continues to support several choirs in South East Cornwall. She retired from The Callington Singers in 2008 after 25 years service. She is currently Musical Director of ‘Canticorum’.