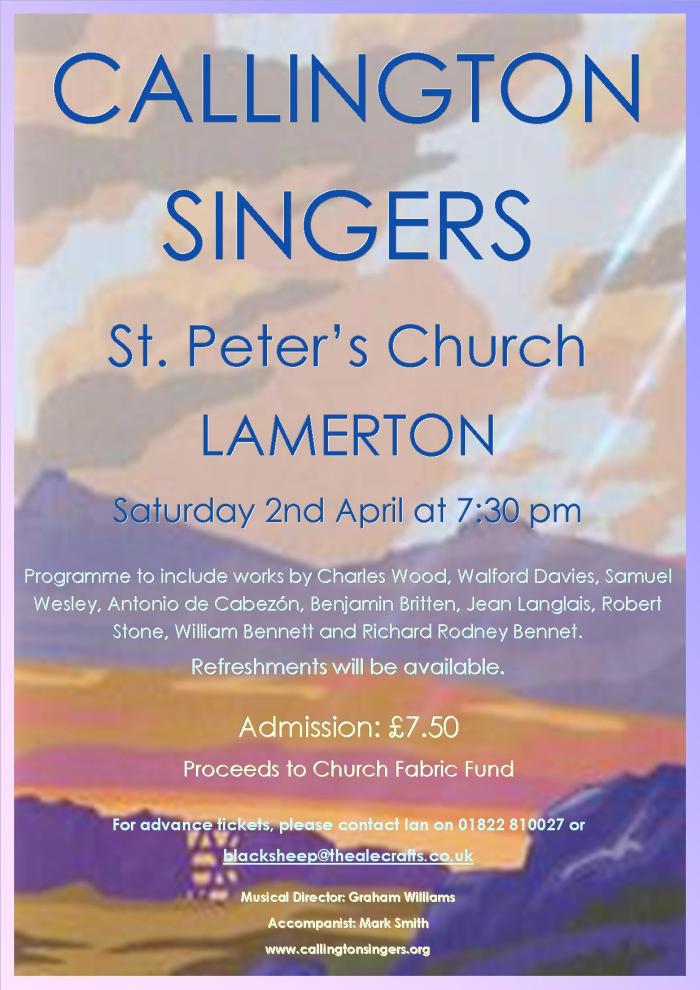 This year the programme of music for the Callington Singers springtime concert incorporates pieces by composers who have anniversaries of births and deaths in 2016.

This exciting idea is the brainchild of our Musical Director Graham Williams, who has done considerable research tracking down some of the more obscure works which come under this remit. The result is an eclectic mix of inspiring sacred works from the 16th to the 20th century.

The choir have really enjoyed expanding their repertoire by learning these new works, a selection of which will be performed in the above concert at St. Peter’s Church in Lamerton on 2nd April, whilst on tour to Malta in May this year and at services in Truro Cathedral on Sunday 17th July.

The chosen composers and pieces are: