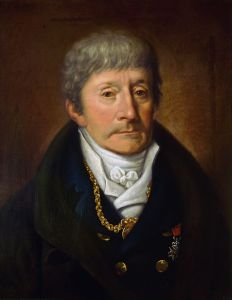 If you have heard of Antonio Salieri you will probably remember him from the film ‘Amadeus’ as the bitter old man, plagued by a rampant inferiority complex, whose jealousy of his contemporary Mozart eventually drove him insane. Like most good movie plots, this bears little resemblance to the reality.

It is true that Salieri and Mozart were contemporaries and probably even rivals but it is also true that they shared a genuine mutual respect. Salieri was the Austrian imperial Kapellmeister from 1788 to 1824, as such he was responsible for music at the court chapel and attached school. This was a post that Mozart coveted but never achieved.  Salieri also tutored Franz Liszt, Franz Schubert and Ludvig Van Beethoven.

Unfortunately, the music of Salieri disappeared from the popular repertoire after his death. Peter Schaffer’s film and play ‘Amadeus’ was, ironically, the prompt for a revival of his music in the last few decades, whilst simultaneously doing terrible damage to his reputation as an individual and as a composer.

The Callington Singers have been rehearsing a little known work of Salieri’s for the last several months and are very pleased to be offering a performance of his Mass in D at our next concert, along with several works by his contemporaries Mozart and Haydn, amongst others. There is no CD recording of this work currently produced, so it is a genuine opportunity to experience a beautiful piece of music which you are almost guaranteed to never have heard before. It has been a joy and a revelation to learn it; it yields some truly sublime moments of which even Mozart would have been proud.

The concert is to be held at St. Andrew’s Church in Bere Ferrers, at 7:30pm on the 15th of July. Tickets are £7.50 and are available on the door or by using the contact form on this website. Please join us for what promises to be a delightful evening of music.